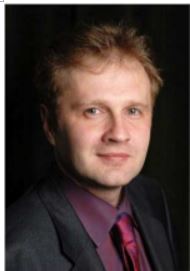 My name is Amer Bukvic and I am the CEO of Bosna Bank International (BBI), the only Islamic bank in South-East Europe. During my tenure as CEO, BBI has become the fastest growing bank in Bosnia and Herzegovina (B&H), positioning itself among the top performing banks on the market. In 2017, it was declared as the best managed bank in B&H. Under my management BBI assets increased eightfold. I was declared best banking CEO in B&H in 2011, 2014 and 2016. I received „Best Transformational Leader Award 2017“ for Islamic banking industry by Cambridge IF Analytica, as well as numerous other awards in B&H and worldwide. I am included on the list of 50 most influential world leaders in the Islamic economy by Islamica 500 business guide for 2018. Throughout my studies at International University of Japan (IUJ) I acquired many important skills and gained knowledge that later supported me significantly in my career and business success.

I studied International Relations at IUJ and graduated in 1998. I have enrolled at IUJ because of the fact that this university was founded by business leaders and I see that it still has extensive support of Japan’s industry, which I consider extremely important. I think that today’s universities cannot fully meet their purpose without comprehensive cooperation with the business sector. International surrounding at the university is also a crucial component of nurturing the future leaders in the global environment. This is the reason why I recommended to several promising BBI employees to study at IUJ and further enrich their skills in the “land of the rising sun”.

After graduating from IUJ, I also completed postgraduate executive education at London Business School (2004) and Said Business School at the University of Oxford (2014). During the initial stages of my career I worked as a research coordinator for the Overseas Strategic Consulting – USAID project in B&H. I later joined IDB Group as a Young Professional before taking on the role of Deputy CEO of BBI in 2004 and position of CEO in 2006.

Emphasis on career planning and strategy during studies at IUJ was very important for my further career development. IUJ prepares students to stand out and not to be candidates with one of the many resumes on the market, and I am also trying to promote this practice at universities in Bosnia and Herzegovina and in the region. I am glad to see that IUJ still continuously develops its career support services for students. It was my pleasure to check the Placement reports where it can be seen that most of the candidates from IUJ find a job quickly, they are progressing well in their career paths and it is my pleasure to see that many of my peers are now holding management positions in different countries and industries. I am sure that this is a result of IUJ’s strategic approach and very dedicated work policy by the university, so I am expressing my full support to such an approach.