We invited Dr. David A. Welch, Professor of Political Science, University of Waterloo, as a keynote speaker for the symposium. He is a world famous researcher in the field of International security.

The title of his keynote speech is The Rise of China and the Thucydides Trap. In his keynote speech, he argues that a plausible scenario would be Donald Trump stumbling into war through sheer ignorance. However, China is a status-quo country and its interests are in a war, reducing the likelihood of war. Ultimately, the likelihood of war between the two countries, while a possible scenario, has been particularly overstated, particularly when looked at through the Thucydides trap.

About 60 participants came to the symposium on the day. Active discussions were seen between Dr. Welch and panelists and participants along with various views expressed.

IUJ was selected by Top Global University Project by the Ministry of Education, Culture, Sports, Science and Technology. The symposium was held as a part of this project effort to equip our students with the knowledge necessary to play an active part in the world. 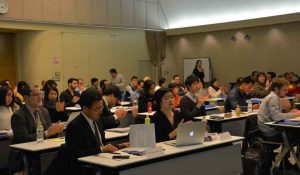 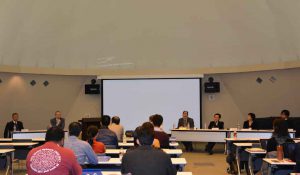 The Info. Session in Delhi, India on February 11
Scroll to top