The International University of Japan (IUJ), held an honorary doctorate award ceremony for Malaysia’s Prime Minister Dr Mahathir bin Mohamad on August 7 at Hotel Nikko Fukuoka in Fukuoka City. Despite Prime Minister Mahathir’s busy schedule in Fukuoka, he has kindly agreed to accept this honorary doctorate which IUJ hopes will promote and broaden exchanges with the university.

With regard to the honorary doctorate award ceremony, President Itami emphasized that the Look East Policy, which was proposed by Prime Minister Mahathir, had a major impact on higher education in ASEAN countries. During Prime Minister Mahathir’s office in the past, many Malaysian government officials studied abroad at IUJ. In appreciation of his support for IUJ, and for the active exchange of academic knowledge between the two countries and with IUJ, the honorary doctorate award ceremony was held to sincerely praise the achievements of a unique, highly experienced, and inspirational leader in the world. The conferment to Prime Minister Mahathir is the first privilege of its kind for IUJ. 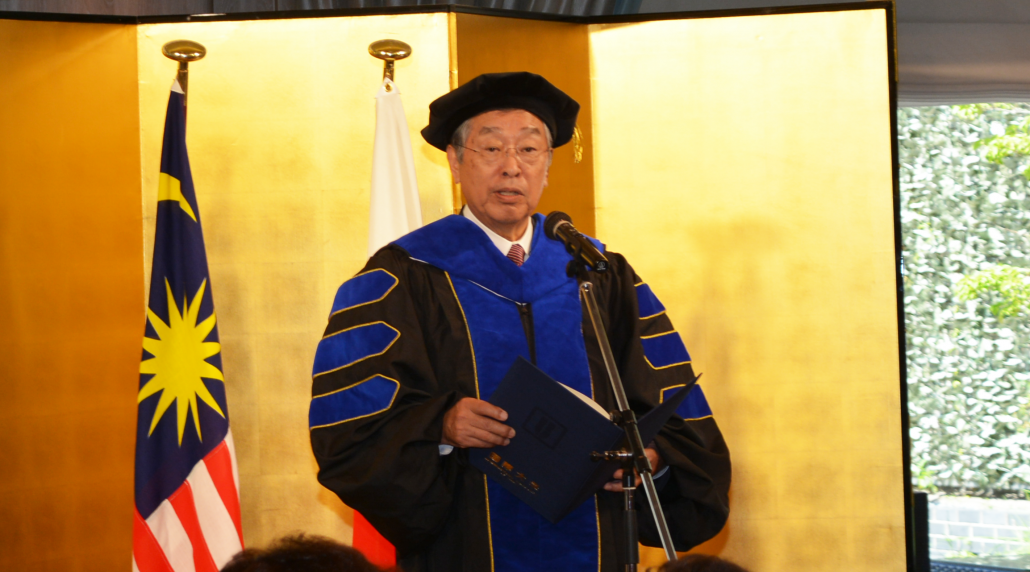 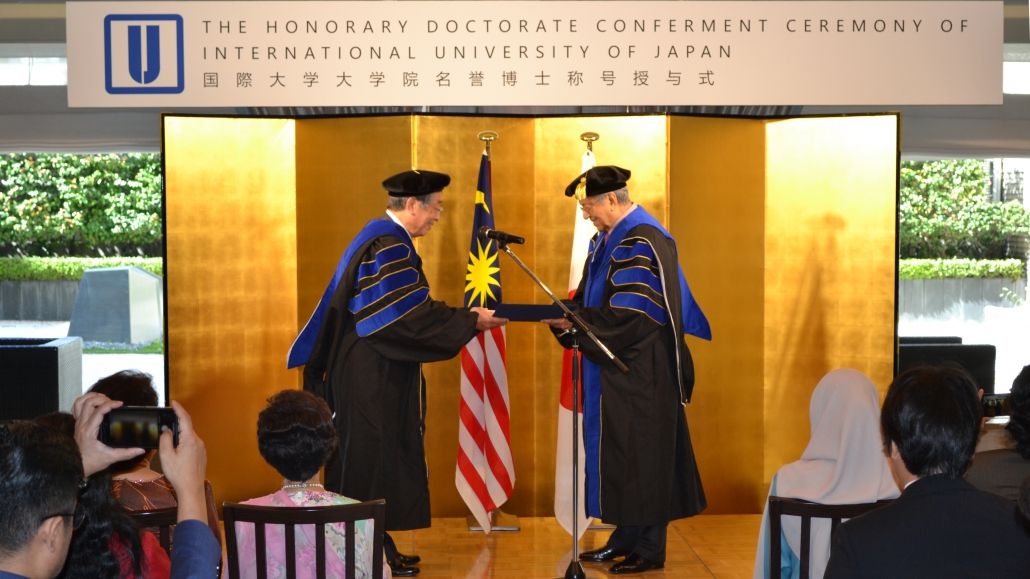 Prime Minister Mahathir said in his acceptance speech, “I am very grateful to have been recognized for the achievements that are regarded as unusual. I hope that I have provided some good examples for playing the role of the leader of a country. With this award, I hope many other things will follow in the future.” 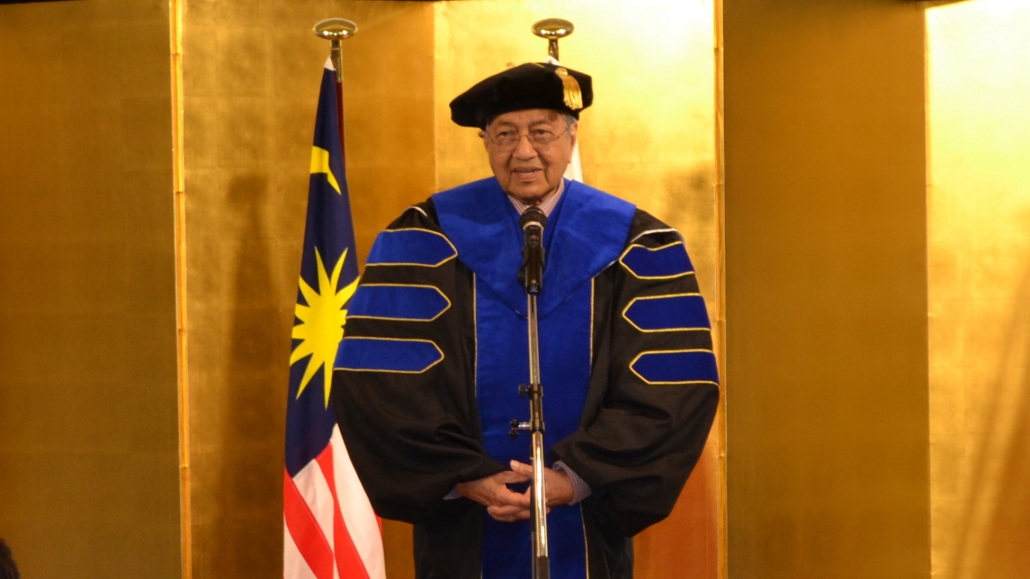 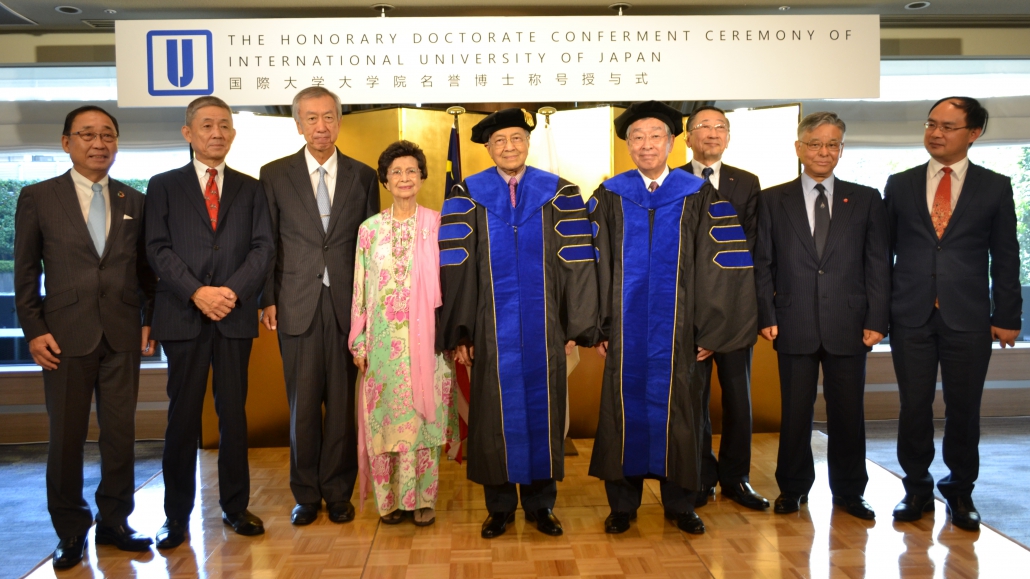 The International University of Japan provides rich opportunities to foreign students and Japanese students to learn about Japan’s experience and logic of the development that has made the country the world’s third largest economic power, achieved through modernization after the Meiji Restoration and the postwar reconstruction. Under the leadership of President Itami, IUJ launched JGDP in 2018, in cooperation with Japan International Cooperation Agency (JICA). It can be asserted that this JGDP is an evolution and development of higher education echoing Prime Minister Mahathir’s Look East Policy. With this honorary doctorate award ceremony, IUJ will accept young people who will be top leaders in Malaysia in the future, and further develop exchanges between the two countries.

IUJ is holding an information session in Tokyo on Wednesday, September 11

Training Program for Government Officials at the Ministry of Border in Myanmar...
Scroll to top